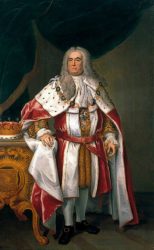 2021 was the 300th anniversary year of Sir Robert Walpole becoming Britain’s first, and also its longest-serving, Prime Minister. Simon Targett looked at Walpole’s career and his connections with our local area, including Richmond Park.

***A video recording of Simon’s talk, which took place in Duke Street Church’s Fellowship Hall, is  available on our YouTube channel. 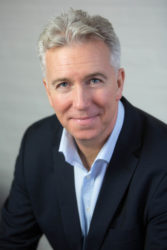 Dr Simon Targett, a former Financial Times journalist, lives in St Margarets and is a committee member of the Richmond Local History Society. He gave a very well received talk to the Society in October 2019 on Richmond and Mortlake’s part in the founding of America and the launching of the British Empire. His book, New World Inc: How English Merchants Founded America and Launched The British Empire, co-authored with American business writer John Butman, was published in 2018 by Atlantic Books. It tells the story of how England’s merchant adventurers founded America before the Pilgrims.

April 2021 marked the 300th anniversary of an important development in British history, the appointment of Sir Robert Walpole to the government of the Hanoverian King George I; a post which is now historically accepted as making Walpole Britain’s first prime minister. (Boris Johnson, said Simon Targett, is the 55th!)  Under his skilled management, Walpole’s tenure lasted twenty years, still the longest period of prime ministerial office.

As Simon explained in his brilliant talk, Walpole was and remains a controversial figure; you either loved or loathed him. His rivals and enemies accused him of corruption and feathering his own nest. The Marxist historian E P Thompson referred to him as being “head of a bandit state”. His defenders, such as his biographer J H Plumb, explain that in those early 18th-century times it was only normal for those in government to get wealthy in office, and the long-term beneficial effect of Walpole’s management was to keep Britain out of foreign wars and to allow a period of peace, stability and economic recovery. The exhausting Wars of Spanish Succession in which Britain had fought against Louis XIV’s France were only recently over, and the previous century had seen the long and turbulent civil struggle between King and Parliament, culminating in bloody war and Oliver Cromwell’s protectorate.

But whereas in the 17th century differences had been resolved by the sword, now in the 18th century it was hoped they would be settled by the pen. In British politics there were now two recognisable parties with conflicting schools of thought. The Tories (so named, partly, after Irish outlaws!) generally affiliated with the Roman Catholics and supporters of the Stuart royal family exiled in France. (Tories would drink the health of the king over the water.) The Whigs were Protestant supporters and therefore behind the Protestant succession of the Hanoverian king, George I, who had arrived in 1714, speaking little English and liking England even less.

As MP for King’s Lynn in Norfolk, then an important port, Walpole was a Whig. Whilst there had previously in British history been powerful government administrators (think of Cardinal Wolsey and the Tudor Cecil family just for starters) Walpole’s position was new; he was subject to a strong element of democratic control as he was now dependent upon the support of the House of Commons, whose MPs were of course answerable to their electors. Consequently, Walpole had to keep control of the House of Commons and to manipulate the electorate, basing his power on having a Commons majority, so he had to cultivate MPs and explain policy in meetings and give supporters jobs and favours. He was a good speaker, he coined expressions such as “let sleeping dogs lie” and “every man has his price” and as a Norfolk squire he spoke in plain earthy language. By use of daily newspapers (often read out in public to those still illiterate), and discussions in coffee houses, he was able to influence public opinion.

Not only that, he socially cultivated the influential ladies of court, such as Henrietta Howard and especially Caroline of Ansbach, George II’s clever queen-to be). A social meeting point in Twickenham was what later became Orleans House (then the opulent home of James Johnson, former Secretary of State for Scotland) where Caroline would dine in the Octagon (with the gentlemen outside on the riverbank). Walpole’s successful cultivation of Caroline led to his reappointment as Prime Minister on the death of George I in 1727.

Walpole, who was physically short and dumpy and weighed twenty stone, was addicted to hunting. His association with Richmond Park (where his son, also called Robert Walpole, was ranger) involved him in considerable expense. He bought, and extended in Palladian style, the property we know as White Lodge, which now houses the Royal Ballet School. He acquired a magnificent art collection (which was later sold by his grandson to Catherine the Great, the Tsarina of Russia, in order to repay substantial debts). Walpole adopted Richmond Park for hunting, and for entertaining his mistress Maria Skerrett, especially at weekends. It was due to Walpole and his passion for hunting in Richmond that Parliament stopped sitting on Saturdays. He said he could do as much work in Richmond as in London (perhaps an early example of working from home!) But with this downside: the locals (who for years had used the park for foraging and hunting to supplement their modest larders) were put out when Walpole, hugely irritated by the unwanted attention of people he considered poachers, tried to limit their means of access to the park. He had mixed success—and the conflict over rights of access to Richmond Park continued long after Sir Robert Walpole stepped down as prime minister in 1742. Indeed, it would not be resolved for many years after his death in 1745, when he was 68 years old.