In 1961 the architect George Cassidy and his wife Kath, residents of Kew Green and parishioners at St Anne’s, embarked on a project which took them and their helpers 17 years to complete – to make cushions for all the church pews. George Cassidy first became interested in pew cushions when studying Winchester Cathedral as an architecture student and he subsequently designed kneelers for Guildford Cathedral. He was also a local historian and an active member of the Richmond Local History Society, and wrote the books Kew As It Was and An Architectural History of St Anne’s Church, Kew Green. 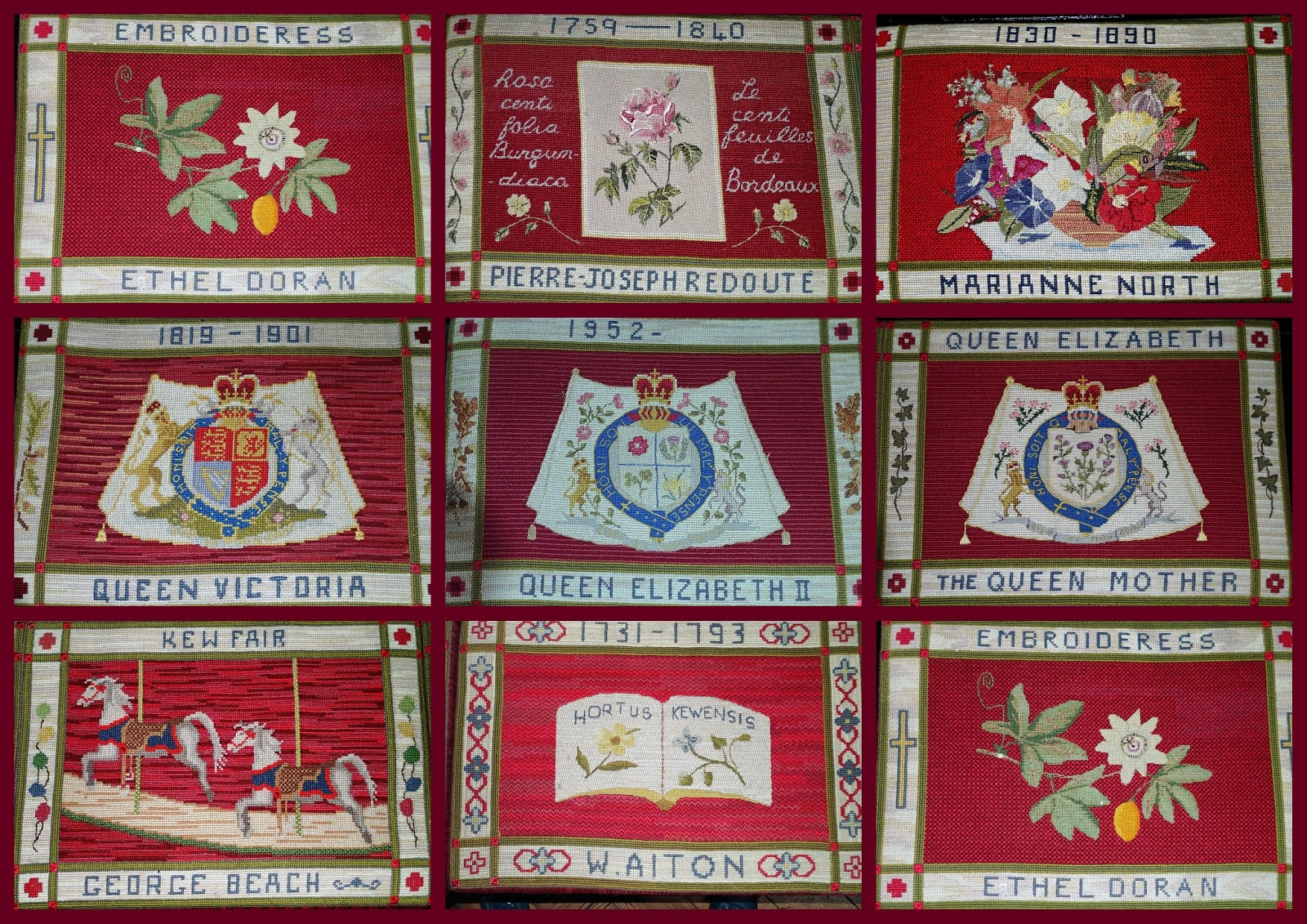 This combination of professional expertise and personal interest came together in producing a series of pew cushions based on the lives of many historically significant Kew people and buildings, including St Anne’s. “The Pew Cushions in St Anne’s Church, Kew” by G E Cassidy was first published in our journal, Richmond History, no 8 (1987) and you can now read it here.