A warm welcome to our new members

Thank you to everyone who visited our stands at our summer fairs in 2018 and a warm welcome to the many new members who have joined us! 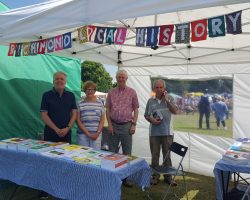 Keith Mulberry, Liz Velluet, Robert Smith and Paul Velluet on the Society’s stand at the Ham Fair in June 2018. Photo by Juliet Mulberry

We enjoyed showing off our new publications, including the 2016 issue of our journal  Richmond History, at Richmond’s May Fair and the Kew Midsummer Fete in June 2016. 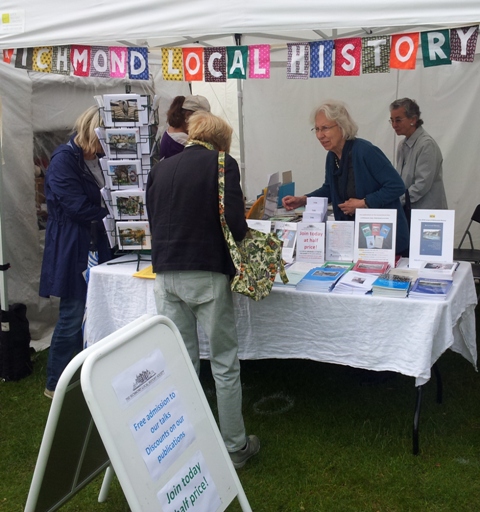 Flying the Society’s flag in Kew, Ham and Richmond 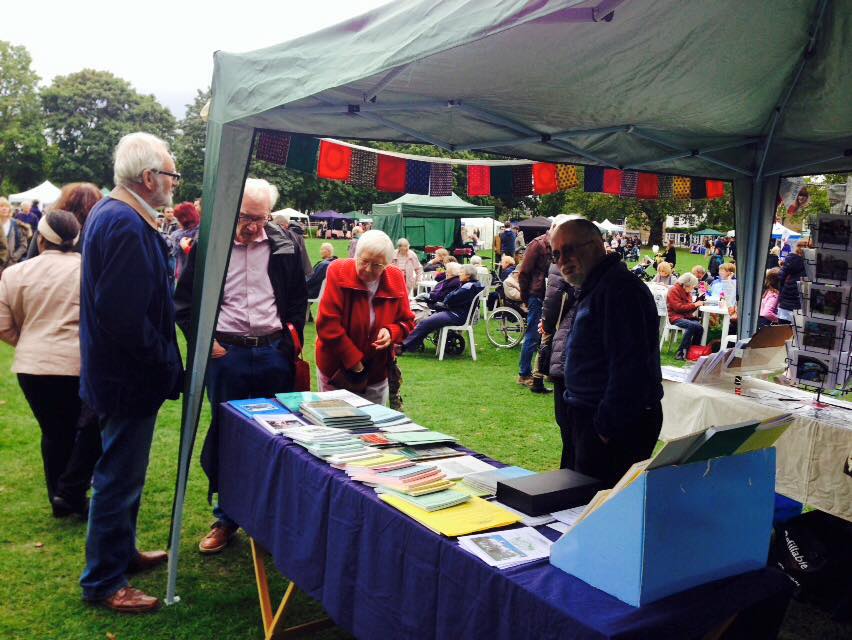 Our stand at the Kew Horticultural Society annual show, September 2015 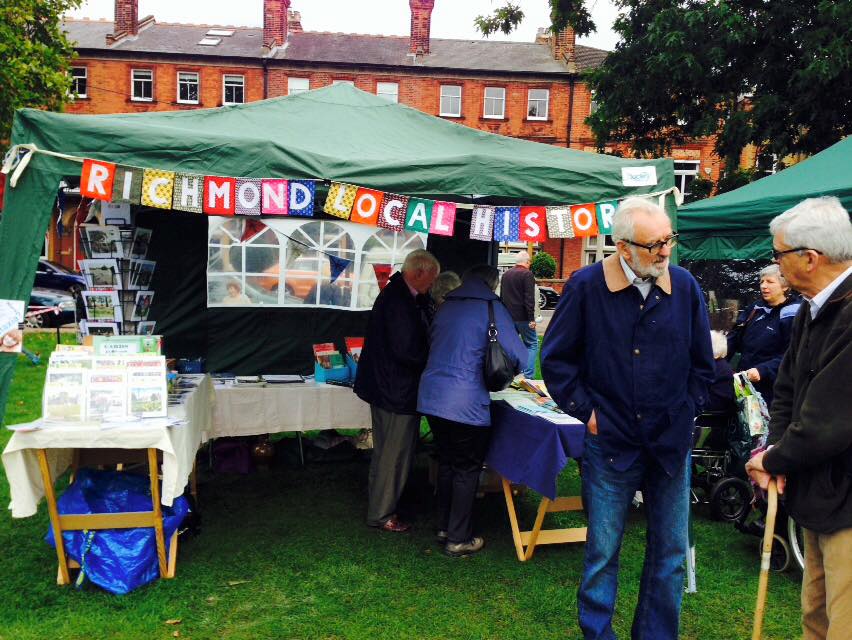 Our stand at the Kew Horticultural Society annual show, September 2015

The Society had a stall at the Kew Horticultural Society’s annual show at Kew Green on Saturday 5 September 2015. Despite the weather being cold all day there was a fairly steady stream of interest in the Society’s display of publications and we signed up some new members.

At the Kew Fete on Saturday 20 June we had a busy day selling books and distributing a flyer about our forthcoming talks. 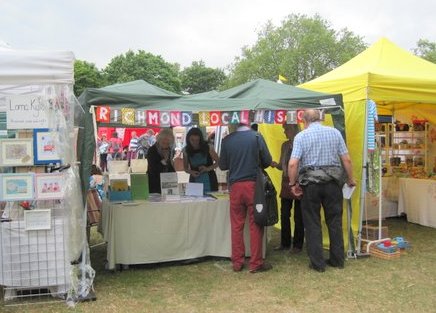 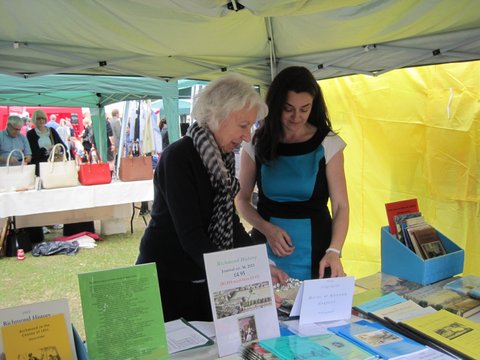 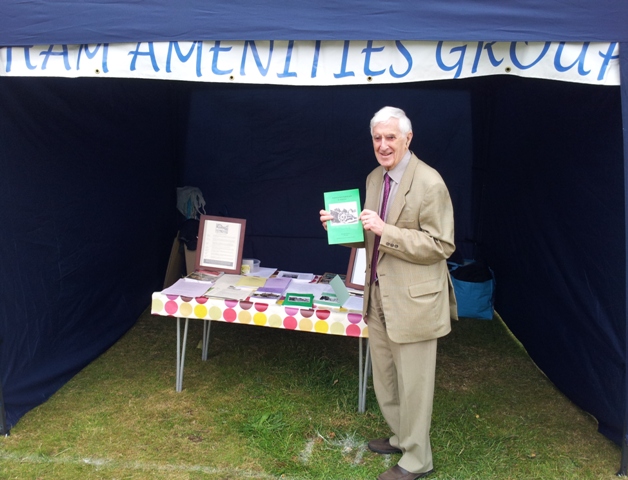 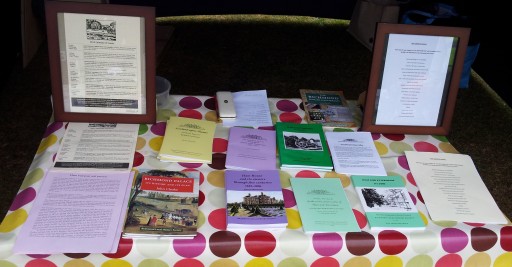 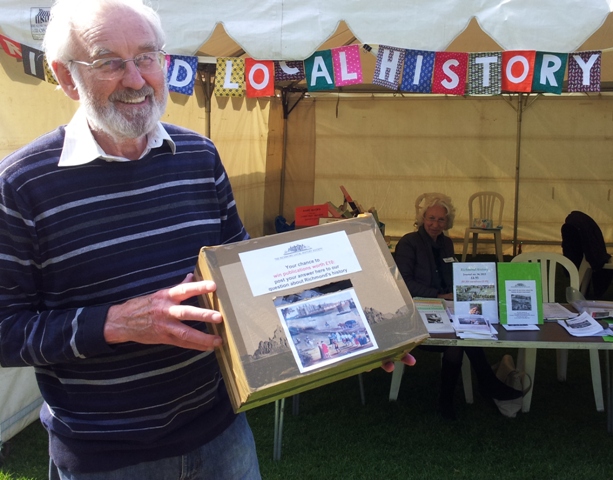 David Blomfield at the 2015 Richmond May Fair, about to draw the winning questionnaire

As well as having the opportunity to sell our publications and to launch the new issue of our journal Richmond History, we managed to encourage many more people than before to visit our stall and to find out what the Society also has to offer.

Many people took out membership for the first time and we had 39 entries to our competition, only five of them from members.

A newly recruited member, Peter Griffiths, won £10 worth of publications by submitting the winning entry. The Society’s new President, David Blomfield, is seen here just before he opened the box to make the draw.

The Society’s colourful new bunting, which we used at the Richmond May Fair and at the two Kew events was created for us by Tessa Maclean.

The photographs were taken by Caroline Blomfield, Judith Church and Robert Smith.