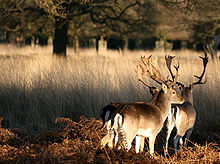 Chris Sumner is an architect and garden historian who formerly worked for the Greater London Council and for English Heritage. He is a trustee of the London Parks & Gardens Trust where he currently chairs the Planning & Conservation Working Group.

Chris talked on Richmond Park, which is now designated as London’s largest Site of Special Scientific Interest, a National Nature Reserve and a European Special Area of Conservation, and is included at grade I in the English Heritage Register of parks and gardens of special historic interest. The park was first enclosed – from around 1637 – as a hunting ground for Charles I, who last hunted there in 1647 as a prisoner of Parliament. It was also a favourite hunting ground for the early Hanoverians.

Of all Richmond’s famous writers, Mary Braddon was the most popular, and the most prolific. Her work is still studied at universities, yet in Richmond she is almost totally forgotten, despite the mark she left on the town – Lichfield Gardens covers just a fraction of her own estate; Marchmont and Audley Roads are named after her best known books. This inattention was corrected by a dramatised reading, in which Sabina Franklyn and Doug Pinchin  brought her back to life. It was based on Secrets and Rumours, a play written by Doug and Richard Morris for the Orange Tree Theatre. (Sabina starred  in the Orange Tree’s School for Scheming in 2014.) The Society had never before had the chance to present history in this way – and it was appropriate: Mary Braddon was a playwright, and this Richmond Local History Society event marked the centenary of her death.

Mary Braddon, who died in Richmond on 4 February 1915 and is buried at Richmond Cemetery,  is commemorated by a bronze wall memorial plaque at St Mary Magdalene’s Church. 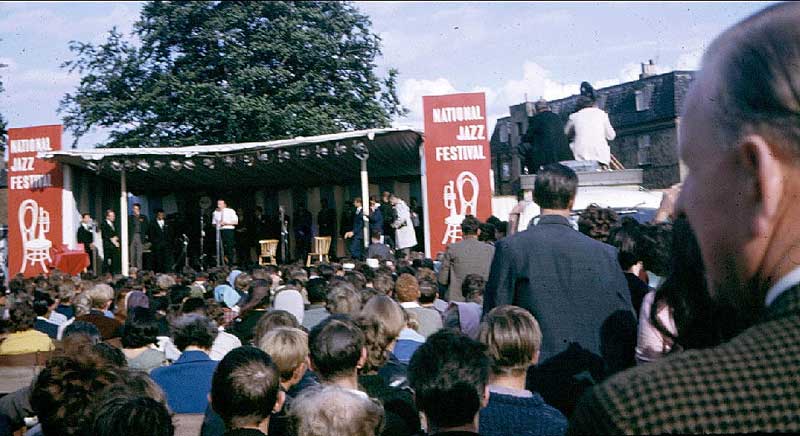 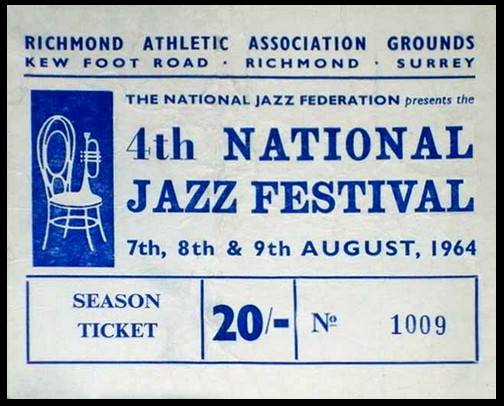 marching on the town? Was social order threatened? What was the eventual outcome? What exactly did the local press say about it all? And were you there?

Alan Sherriff of Richmond Heritage Guides charts the passage of the controversial launch of the National Jazz Festival and its subsequent five-year residency in the Athletic Association Grounds near Old Deer Park. The winds of change – in music, fashion and other lifestyle choices – had started to blow into town. 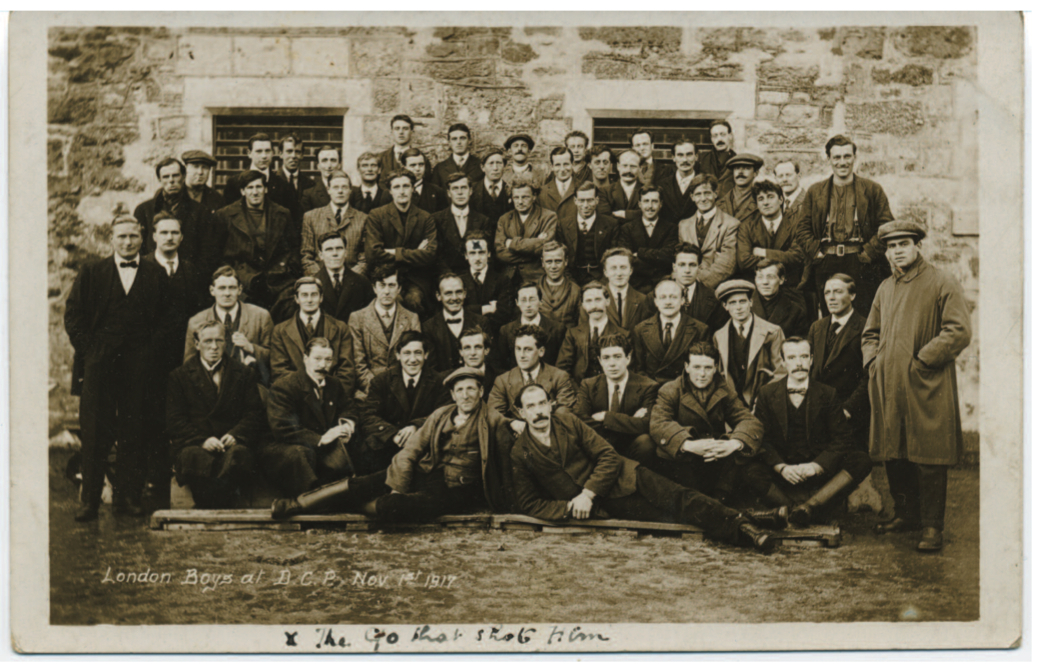 Ben Copsey is the Project Manager for the Peace Pledge Union’s “Objecting to War” project, which focuses on the lives and experiences of Greater London’s 2,000 First World War Conscientious Objectors. Through research, public meetings, talks and interviews, the project aims to ensure the memories and stories of the men who refused to be forced to fight in the war are not forgotten during the centenary.

With the introduction of conscription for the first time in British history in 1916, thousands of men were left with a difficult choice: abandon their religious, political or ethical convictions or face the harsh censure of both the public and the government by becoming Conscientious Objectors. This talk will examine some of the reasons and motivations behind Conscientious Objection as well as taking a look at the momentous consequences this choice had for many Richmond men.

The Hearsum Collection, a charity based at Pembroke Lodge, collects and preserves heritage http://pharmacy-no-rx.net material relating to Richmond Park. Daniel Hearsum and Dr Robert Wood  spoke about the Collection and its history and its new Heritage Lottery Funded-project Deer in the City. 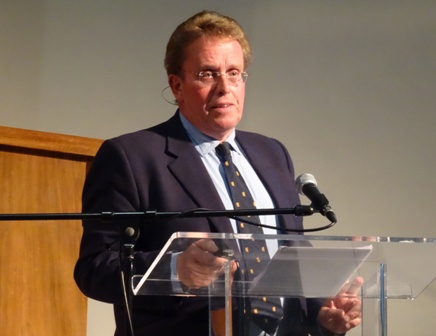 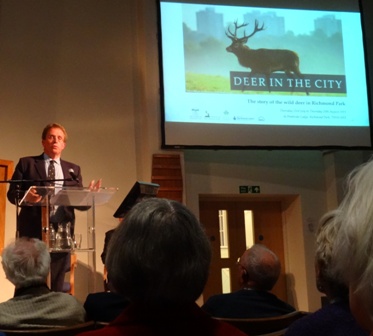 Daniel Hearsum and the Deer in the City project

An exhibition showing how the deer’s presence has shaped the park over the last four centuries will be at Pembroke Lodge from July 2015 to January 2016 and will also be published online.

Our thanks to Mary Pollard for taking the photos. 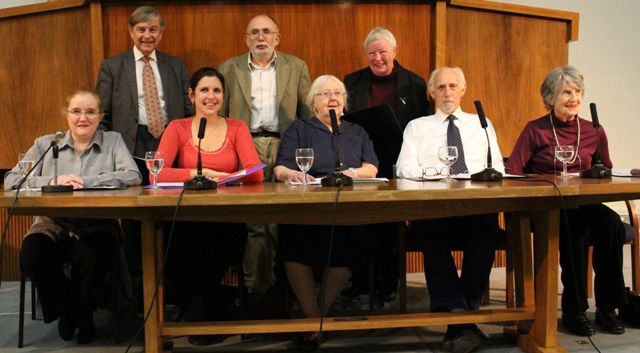 12 October 2015 Kew-based amateur theatre group Q2 Players brought to life some of local residents’ experiences of Richmond during the Second World War. They gave a dramatised reading, based on eyewitness accounts from Simon Fowler’s new book RICHMOND AT WAR 1939-1945.

9 November 2015 Paul Velluet  THE 600th ANNIVERSARY OF THE FOUNDATION OF THE SHENE CHARTERHOUSE, Richmond’s Carthusian monastery 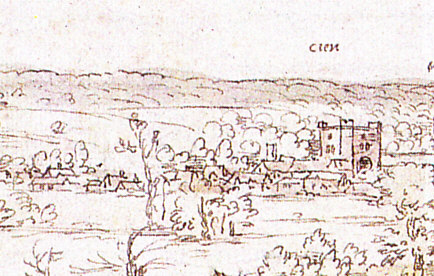 That King Henry V founded and endowed a large-scale monastery for Carthusian monks on land north west of his palace at Shene is often forgotten – its site now forms part of the Royal Mid-Surrey Golf Course in Richmond’s Old Deer Park.

In this, the 600th anniversary year of the building of the Charterhouse at Shene, Paul Velluet focused on the planning, design and operation of the Charterhouse in relation to other Carthusian houses in England. He also referred to the development of the original site through to the present.

Paul is an architect, local historian and a former Chairman of the Richmond Society who continues to lead its highly successful annual summer season of Heritage Walks. He last spoke to our Society on “The Old Deer Park – past present and future” in 2013, and we were delighted that he agreed to return to tell us about this significant building. 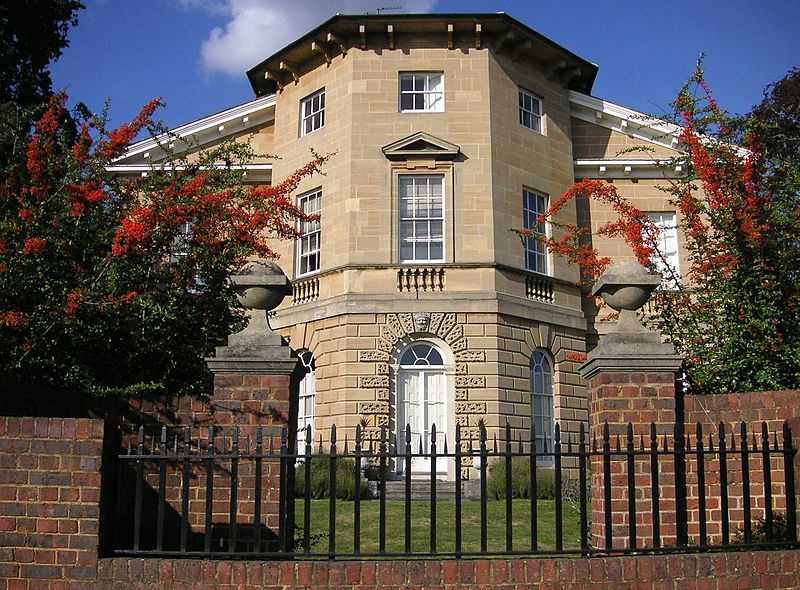 A major historical link exists between the second inhabitant of our own Asgill House and George Washington, first US President and a relation to another inhabitant of Richmond. The whole western world was in uproar in 1782 over the fate of Charles Asgill, condemned to death by Washington for crimes of which he was entirely innocent. Alexander Hamilton, whose face you can see on every $10 bill, spoke out saying: “Every humane feeling revolts…”. Even Louis XVI of France and Marie Antoinette were consulted on Asgill’s fate and had a part in the eventual outcome.

Philip Soar lives on Richmond Green and has written some 30 books on historical subjects, most of them involving sport. He is the Official Historian of both Arsenal and Tottenham Hotspur, as well as Nottingham Forest.

Johanna Coombes is the Richmond Local History Society’s Membership Secretary and a Richmond Heritage Guide. She talked about Col. Henry Washington, a member of the family who produced the first President of the United States of America. He lived in a part of the remains of Richmond Palace during the reign of Charles II.

Our third talk was a short piece by Paul Velluet, who 30 years ago as newly elected chairman of the Richmond Society faced a very determined chairman of the Richmond’s Society’s history section, John Cloake, who wanted to assert the history section’s independence. Paul told something about those negotiations and then led us to a party with sparkling wine, soft drinks and nibbles, to celebrate the Society’s 30th anniversary.