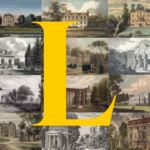 A new series of virtual lectures on historic properties in  West and South West London starts in October. They include:

Find out more on the London Luminaries website, where there are also links to recordings on YouTube of the previous Twickenham Luminaries and Thames Luminaries series. 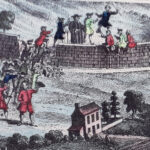 Ralph Thompson at The National Archives has written a new blog about the restrictions on public access to Richmond Park in the 18th century and the attempts to overturn them.

Our talks programme resumes in September 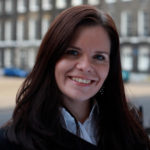 Our speaker on Monday 13 September, Melanie Backe-Hansen, will talk on Tracing the history of your house.

Find out about all our forthcoming talks. 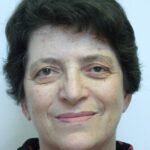 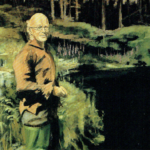 Extract from a self-portrait of Tony Rampton

There were 68 Zoom log-ins at Judy Weleminsky’s talk on 19 April about Tony Rampton OBE, a pioneering philanthropist who lived in Petersham and was also an accomplished amateur artist.

If you missed the talk, or would like to hear it again, it’s now available on our YouTube channel and you can also read a report on it written by RLHS member John Foley.  Read reports of this and previous talks. 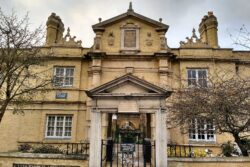 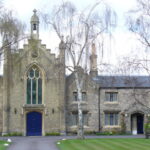 Richmond upon Thames has many almshouses. Remarkably, new ones are still being opened.

You can read more about Richmond’s historic almshouses, and the lives of their residents, in our book Poverty and Philanthropy in Victorian Richmond. 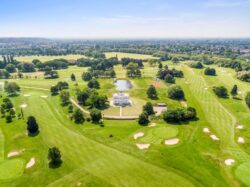 The new Museum of Richmond exhibition The King’s Observatory: Richmond’s Science Story, tells the story of the important scientific discoveries and other remarkable achievements made at the Observatory.

Now surrounded by a golf course in Old Deer Park, the Observatory was built by Sir William Chambers for King George III to observe the transit of Venus across the Sun in 1769.

The West London History Conference is an annual event organised jointly by the Richmond Local History Society and other local history societies in west London. Liz Velluet, Secretary of our own society, has been the conference’s Secretary since 1988.

Find out more about the 2020 event, which took place online and view a souvenir booklet commemorating the conference’s 40-year history.

The British Association for Local History (BALH)’s website has speaking notes and slides for two ten-minute talks by our Vice-Chair, Simon Fowler. Find out more about Being old in Victorian Richmond and An Alternative Local History: the time traveller of Richmond.

You can read more about Richmond and the Second World War in Simon Fowler’s book Richmond at War 1939-1945, available from Richmond Park’s information centre just outside Pembroke Lodge, the Kew Bookshop, the Open Book at King Street in Richmond, Parade’s End Books in Ham and our own online bookshop.

In 1914 Richmond had little industry, but inevitably this changed during the First World War. As well as Sopwiths giant aircraft works in Ham, there were several smaller companies largely making aircraft and parts for Sopwith including the Whitehead Aircraft Company.

You buy the book – we pay the postage!

In The Richmond Vicars, Derek Robinson has uncovered stories about the ministers of St Mary Magdalene, Richmond since the 16th century. They include two vicars ejected for their political views, another who inspired Gulliver’s Travels, and a pair of performing poodles, Mouton and Don. Published by the Museum of Richmond, copies are available direct from us, now postage-free in the UK.

The 2019 issue (no 40) includes a history of early performances at Richmond Theatre.

Old Palace Lane: Medieval to Modern Richmond (second edition, 2020)  is a fascinating and very readable history of arguably Richmond’s most historic street, accompanied by four pages of historic maps, all in full colour.

In Poverty and Philanthropy in Victorian Richmond Simon Fowler writes about the lives of those living in our almshouses and the local workhouse and how charities tried to assist people in need – a reminder that despite the appearance of prosperity there have always been pockets of poverty in Richmond.

The Streets of Richmond and Kew includes an up-to-date full colour map, helping you explore the local area while discovering the history of each street.