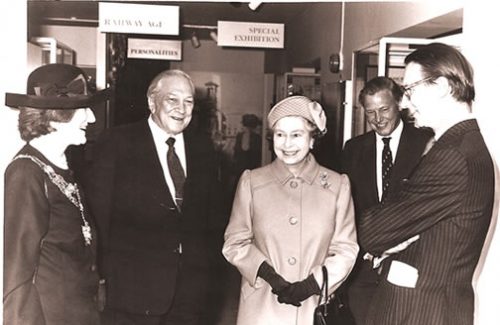 The Queen formally opened the Museum on 28 October 1988 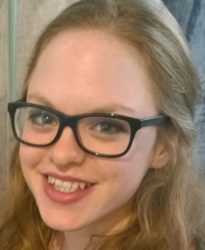 The Museum of Richmond tells the story of Richmond from its origins in the medieval period, to its rise to prominence as a royal residence and its status as a centre of the arts and fashion. Opened in 1988 through the hard work of local people, the Museum is celebrating its 30th anniversary.  Rebecca Arnott, the Museum’s curator, is giving this talk to coincide with its 30th anniversary exhibition 30 years, 30 people, 30 objects which runs until February 2019.

The plans for a Museum for Richmond were first mooted in 1843 when a room was to be set aside for the purpose in the new Mechanics Institute (the present Dome building on the Quadrant). However, this never happened, and it wasn’t until 1983, when a group of local residents under the leadership of local historian John Cloake, that plans were revived. It was obvious that a town with the rich history of Richmond should have a museum to tell its story.The Museum found a home on the second floor of the renovated Old Town Hall. Queen Elizabeth II formally opened the Museum when she opened the new Riverside Development on 28 October 1988. It was designed by Robin Wade and Pat Read Design Associates. Robin Wade was a local resident and well-known museum designer who had been responsible for designs for museums such as the Ironbridge Gorge Museum and galleries at the Science Museum and British Museum.

Rebecca Arnott became Curator and Executive Officer of the Museum of Richmond in June 2017. Following a BA in History and Archaeology at the University of Sheffield, she studied for an MA in Art Gallery and Museum Studies at the University of Manchester. Rebecca’s first museum role was Front of House at Helmshore Mills Museum in Lancashire before moving to Kent for an internship at the Royal Engineers Museum, Library & Archive. Since then Rebecca has held posts at Nottingham City Museums & Galleries, which include Nottingham Castle and Wollaton Hall, and at Maidstone Museums.

Happy anniversary, Museum of Richmond! For our Christmas meeting Rebecca Arnott, Curator and Executive Officer, gave an enthusiastic talk in the 30th anniversary year of the opening of the Museum by Her Majesty The Queen in October 1988.

Extraordinary to learn that despite the idea of a museum for the town first having been proposed in the 1840s, not until the 1980s did the idea take practical form. It was none other than the great indefatigable local historian John Cloake who led a working group which eventually saw the creation and opening of the Museum in the renovated Old Town Hall. The Museum is grateful that in the refurbishment the London Borough of Richmond upon Thames found space available, and indeed offered an annual grant towards running costs.

The story of the birth and early years of the Museum is told in a most entertaining booklet. 30 people and objects influential and important in the establishment of the Museum are listed; those people listed describe a particular object in the Museum’s collection particularly cherished by them.

Kate Thaxton was the first Curator (1987-89) and recalls the museum area as first occupied: a completely empty room with bare floor, a truly blank canvas. She remembers the clangs and whirrings of the large clock overhanging the pavement. Simon Lace followed her as Curator for 13 years until 2002, and chooses as his memento a poster of the ‘Richmond at War’ exhibition organised during his time. Stephanie Kirkpatrick and Sue Barber, both Curators in the 2000s, fancied culinary items: a cardboard wartime wedding cake and a serviette advertising a 1900 monster Christmas cake! Sir David Attenborough, a Patron, treasures token tickets issued for individual entry to Richmond Park at the time of Princess Amelia’s 18th century blockade of the Park to the general public, which led to the famously successful legal action by Richmond brewer John Lewis. Bamber Gascoigne, another Patron, treasures the model of a double-sculling skiff, and Pat Astley-Cooper, founding member of the steering group, values a small snuffbox depicting the actor Edmund Kean.

And of course many past and current members of RLHS are, or have been, closely involved with the Museum. Valerie Boyes, founding member of the steering group and Chairman of Trustees 2008-13, arranged preparation and creation of an AV of the Domestic Architecture of Richmond; Paul Velluet, our current President, as an architectural historian treasures a fragment of moulded stonework from the long-vanished Shene Charterhouse, a beautiful scale model of which is admired by John Moses. Robert Smith, our current Chairman, chooses the parish Workhouse clock mechanism of 1819, while Simon Fowler, our Vice-Chairman admires a large mounted plan of the Workhouse of the 1880s. And turning towards the river again, Alyson Barr highlights the remarkable Panorama of the Thames prepared by Samuel Leigh in 1829, whilst Rebecca herself, a keen rower, picks the 1842 Richmond Rowing Club Trophy Chair. Other Patrons, Friends, Trustees, Curators and Volunteers, equally valued for their contributions and support, are also listed with their respective chosen mementos.

Pay a visit to the Museum, but don’t forget, the correct title is ‘The Museum of Richmond’. The name ‘Richmond Museum‘ refers to the museum at Richmond’s (even older) namesake in the northern dales of Yorkshire!