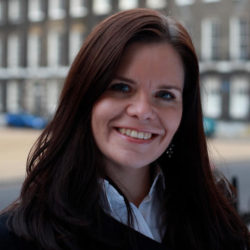 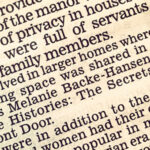 Melanie Backe-Hansen is an independent historian, writer, speaker, and TV consultant, specialising in the social history of houses across the UK. The main focus of her work involves original research for homeowners and corporate clients to provide bespoke house history books and research reports. 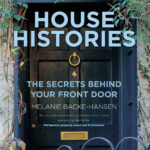 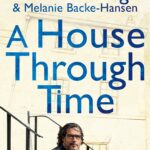 Melanie regularly contributes to national media and appears regularly on television, radio and online media. She is a regular speaker at events and festivals, as well as universities and history groups. Melanie is a Fellow of the Royal Society of Arts (FRSA) and is a Member of the Royal Historical Society (RHS), The Society of Authors (SoA), and the Historical Writers’ Association (HWA). She is also an Honorary Teaching Fellow at the University of Dundee, tutoring a house history module. Formerly, Melanie was the first and only historian to be employed by a UK estate agent to specifically research the history of houses and streets.

More details about Melanie’s work, including articles, books, speaking engagements, appearances in the media, and case studies of her house histories, can be found at her website www.house-historian.co.uk

Melanie’s talk, part of Richmond upon Thames’ Know Your Place heritage festival, was tailored to our geographical area.

Back to live meetings at last, as well as via Zoom.  The fresh season of talks got under way in exhilarating style with a presentation by the TV journalist, writer, historian and research consultant, Melanie Backe-Hansen.

Every house, big or small, has its history, but how do you find out about it? If you are new to the area, chat to the neighbours and locals in the pub, and explore the neighbourhood. If you’re already interested in history, consider joining the local history society! And are you knowledgeable about the architecture of domestic buildings? Look at the brickwork, the tiling, the design of the windows, any coloured Victorian stained glass or patterned floor tiling. What about extensions, especially in “two-up two-down” Victorian terraced cottages, so popular now, many of which have been transformed by open-plan knock throughs. Are there-any Victorian decorated coal fireplaces left in the house, or dado walls? Look for windows and doorways which might have been blocked up, and could there have been wartime bomb damage?

So, how to delve deeper? What about the title deeds, you might say. As recently as the 1980s in the nearby county of Buckinghamshire, land registration was then still not compulsory there. Solicitors and legal clerks would complete their clients’ property purchase  by collecting bundles of old parchment documents, forming the title to legal ownership of the property .All gone now, done and dusted, as compulsory registration of land now covers the entire country..(Such  has been the case locally for the best part of a century since the passing of the Land Registry Act 1925 made registration of title compulsory at Land Registry, especially for Greater London.).Such a pity for the historically-minded property owner, as you used to be able to acquire the originals (or good copies) of the relevant conveyance on parchment sewn with ribbon and waxed seals in copperplate handwriting, as if from the Dickensian offices of Uriah Heap or Mr Nemo (Bleak House).You can still inspect the Land Registry records though much of this historical detail of a  property is now routinely wiped off.

Don’t forget maps (Ordnance Survey maps date from the mid-19th century) as well as more detailed investigation of estate, manorial, county and tithe maps. What about checking out historical photographs of your area and street – especially rewarding can be the many popular paperback editions of  local historical photographs which can go back well into Victorian times. Remember that until the 20th century most people rented property, so finding the actual occupiers is not the same as tracing the legal owners.

As Melanie explained, in investigating who lived in your property, take it step by step and work backwards; you can trawl  through all sorts of possible sources  – directories (Post Office, Kelly’s Directory, trade directories), parish rate books; auction catelogues, sales particulars, tax records(!)  and don’t forget the periodic census returns and in particular the adjusted Electoral Register of 1928 when votes were extended  to all adults over 21, while the 1939 register of identity cards was compiled also to record details of those willing to undertake war work (e.g. ambulance driving, nursing). Think about exploring church vestry records and local cemeteries and gravestones for clues. Obtaining copies of wills and probate documents can be illuminating.

Melanie herself has worked on several local investigative commissions. There was a  farmhouse in Laleham  called Coverts, where  members of the Lucan family lived; later  an older brother of lord Nelson and his “common law” wife, were awarded a gift of money by Nelson.  Near to us in Lancaster Park, Richmond, the social history of 3 Vine Row was traced from construction to 1914 when one Mary Wakefield was living there with no fewer than 11 children (!), while the history of a bake-house in East Sheen was plotted from the mid- 19th century  until converted to residential use in the 1960s (with fascinating black and white photos of an unrecognisably bucolic  and sleepy village street, now the snarling  Upper Richmond Road!)

Clearly this pursuit of sleuthing the history of your home and previous occupants is one which can have  effect.  And members will no doubt be tempted by Melanie’s recent publications (with David Olusuga, the eminent historian). Be warned, this activity is clearly addictive!