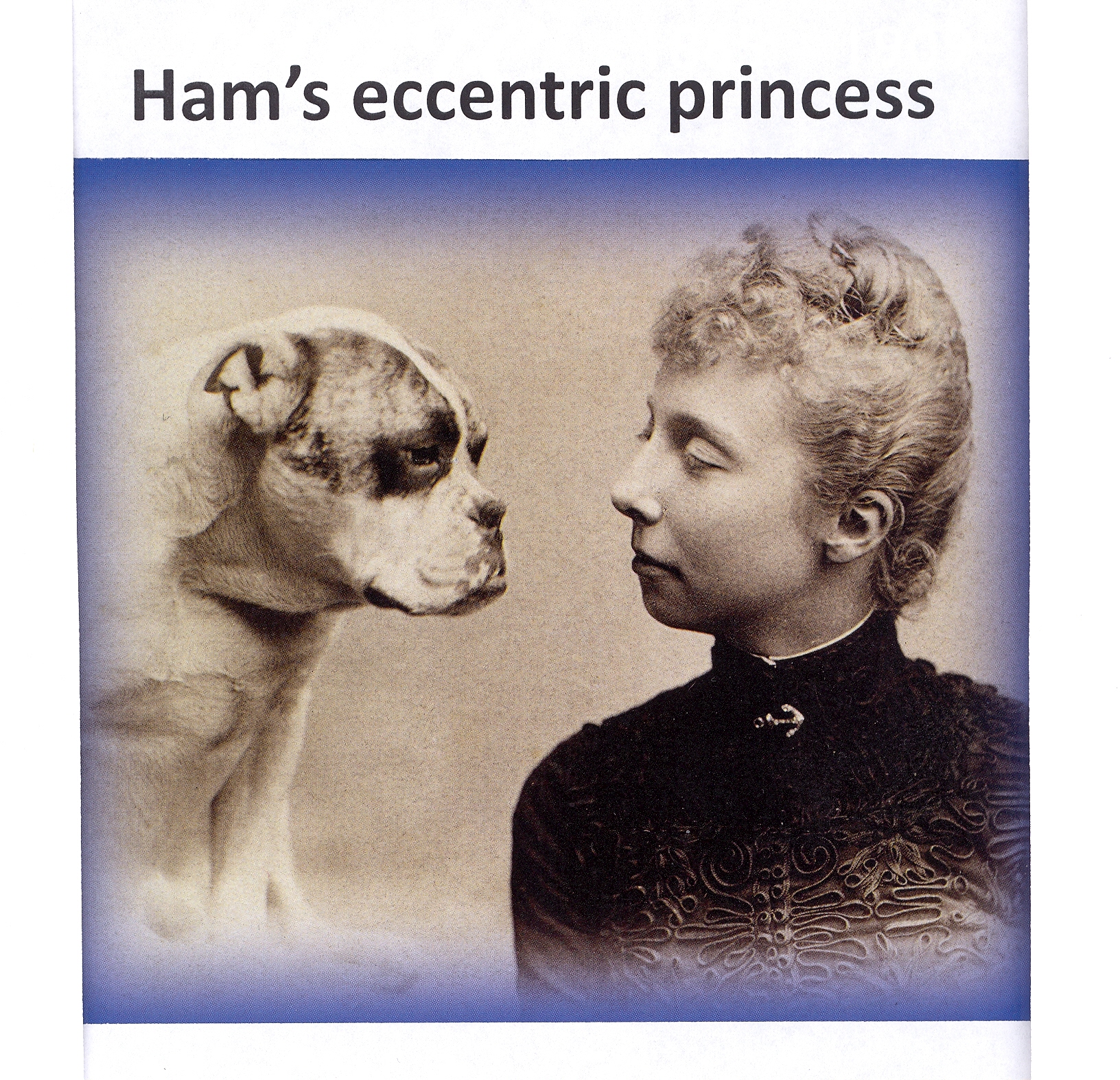 Princess Marie d’Orléans (1865-1909) is probably the most famous person born in Ham, at what is now Cassel Hospital. She married Prince Valdemar of Denmark, and was accomplished, successful and engagingly eccentric.

Sir David Williams represented Ham and Petersham on Richmond upon Thames Council from 1974 to 2014, and was Leader of the Council from 1983 to 2001. He is also a keen collector with a particular interest in the Orleans royal family in exile.

John Foley reports on the talk

She was blonde, pretty, forceful, intelligent and artistic. She loved dogs and other animals, and, it is said, even rode a bull. When she grew up and married she had herself tattoed by a naval dockhand in support of her husband’s naval career. She became the patron of the Copenhagen fire service and was photographed wearing a fireman’s uniform. She was known to travel on the footplate of a steam locomotive. She studied art and was a talented painter. She also took a keen interest in politics and supported moves towards social equality and liberal democracy in Denmark, her adopted country. And yet she was born and lived her first few years at Ham Common!

This remarkable young lady was none other than Princess Marie d’Orleans, whose storymay have been a revelation to many. Marie was born in 1865 in Morgan House, Ham, to Robert Duc de Chartres and Princess Francoise d’Orleans. This branch of the Orleans family had taken refuge in England after 1848 during the hegemony in France of their rival Napoleon III. After the fall of Napoleon III in the Franco-Prussian War of 1870, little Marie was taken to France when it was safe for her parents to return there in 1871.

Yet Marie’s travels were not over as marriage in 1885 to Prince Vladimar, the youngest son of King Christian of Denmark, took her to Copenhagen where she lived the rest of her life, dying in 1909. Marie had five children and seems to have settled into a happy enough marriage, living at the Bernstoff Palace. The Danes seemed to have taken to her rather relaxed, bohemian approach to life: she believed it important to be herself, and approached her ceremonial duties in unconventional style.

Whilst her husband and three sons were travelling in India in 1909, Marie died at the age of 44. We weren’t told why, or whether she was ill. She was buried at Roskilde Cathedral and is commemorated with a memorial near the English Church in Copenhagen. And after David’s fascinating talk one would like to know more of this intriguing personality. There is a biography in Danish, but nothing in English. Some young historian should follow in Sir David’s footsteps and put that right!