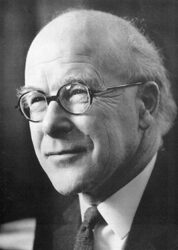 There were 68 Zoom log-ins at Judy Weleminsky’s talk about Tony Rampton OBE, a pioneering philanthropist who lived in Petersham and was also an accomplished amateur artist.

This talk was held via Zoom only, and was video-recorded. If you missed Judy’s talk, or would like to hear it again, it’s now available on our YouTube channel. And, if you scroll down below, you can also read John Foley’s report on the talk. 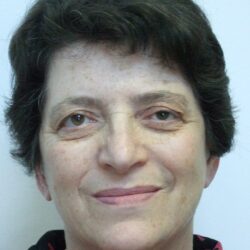 About the speaker, Judy Weleminsky

Judy Weleminsky, who lives in Kew and is a member of our society, was brought up in Yorkshire and has a master’s degree in organisational psychology from the University of Lancaster. Judy first met Tony Rampton in 1975 when, newly arrived in London, she applied for the job of community relations officer in Lambeth and Tony was on the interview panel that appointed her. In 1993, when she was chief executive of the National Council for Voluntary Organisations, Judy and her family had just moved to the area and were exploring Petersham when they came across Tony and his wife Joan. They were subsequently invited to have afternoon tea with them – and to view Tony’s paintings – at their home. Tony died only a few months later, in December 1993.

Tony Rampton was a most remarkable man. He was a self-made millionaire who gave much of his money away to charitable causes, a very successful businessman and director of a cutting edge mail order company, a pioneer of reform of the law on adoption, then a reforming guide in the field of race relations; not only this, but also a devoted family man, a “demon” club cricket fast bowler, and a very talented and accomplished artist to boot.

Judy Weleminsky is uniquely qualified to give her excellent talk, as she knew Tony Rampton professionally and personally, visiting his home shortly before his death in 1993. (It was there that she viewed some of his oil paintings, which so impressed members at our Zoom meeting. Could a future exhibition possibly be arranged, it was asked.)

A gifted and able person, Tony was born in Kingston, and went to Harrow School, where he gained the reputation of being able to throw a cricket ball further than any other boy. He read law at Queens’ College Oxford, after which in 1938 he joined the family firm Freemans (founded in 1905), by that time a thriving mail order business based in Clapham.

That same year Tony fell in love with a young Scots woman, Joan Shanks. In the course of wooing Joan, to beat off competition from five other interested suitors, he mixed intellectual ability (being the first to complete a difficult crossword with brute strength, and leaping up the Cat Stone on the Isle of Arran in two strides, wearing brogues); he and Joan married in 1939 and were to have four children.

But the war came and Tony joined the Royal Berkshires, serving two years in India before returning, as a major, to his wife and first child and to his career in Freemans. In the postwar fifties boom, in those now forgotten days before digital technology and the world wide web, mail order business continued to flourish. Freemans specialised in selling good quality clothes, its catalogues replete with smart men’s suits and ladies’ outfits. It was an innovative firm, being the first of its type to install a computer, and under Tony’s management was scrupulous in the honesty of its commercial dealings and customer service.

In 1963 the decision was made to transfer the business into a limited company. So financially successful was the launch of the company and sale of its shares that Tony – at once and to his astonishment – became a millionaire. He continued as Freemans’ chairman for 19 years, then was appointed president, also being appointed in 1973 president of the European Mail Order Association, where his tactful diplomacy smoothed over difficulties with Brussels.

The shock of finding himself so rich made Tony seek advice as to the wisdom of benefiting his four children directly, and he was advised by a canny professional friend that in his experience 90 per cent of the children of wealthy people go bad.  Wealth, he was told, could be a curse. So Tony settled much of his surplus capital into charitable trusts, with the aim of benefiting needy third parties.

His genuine concern for the well-being of others led him to set up, with funds from his own and Joan’s shareholding, the Hilden Charitable Trust. (In 1974 he set up a second trust, now called the Tony Rampton Trust, to help Freemans employees, past and present, in personal need.) Tony had developed an acute interest in race relations. The Hilden Trust’s funds were used to benefit church and youth clubs in deprived areas, especially where populated by underprivileged immigrants. Such was his involvement that he was asked to chair the inquiry into the problems of education of children from ethnic minorities, and especially why children of Afro-Caribbean backgrounds did poorly in exams. The interim report’s conclusion of low teacher expectation, reflecting racial prejudice of white teachers and society at large, did not go down well and Tony was dismissed. But Tony received high praise for his sensitive handling of these deliberations and indeed his pioneering generous charitable funding of black groups; “no one contributed more to improving race relations than him” was one commendation.

Tony’s philanthropic efforts, always staunchly supported by Joan, had begun back in the 1950s with his concern about the problems of the thousands of babies born who needed adoption. The law on adoption then favoured parents’ rights, rather than what was in the child’s best interests and there were too many agencies dealing with adoption. Tony and Joan were largely responsible for starting and setting into motion conferences and committees with the aim of reforming the law, which eventually resulted in the passing of the Adoption Act of 1958. Tony’s anguished concern for these children was evident at meetings. He set up another charity, which would become the British Association for Adoption and Fostering. In 1985 Tony was appointed OBE for his persistence and inspiration.

And so to relaxation, and his painting! After being presented in middle life with an easel and oil paints, Tony created a splurge of brilliant work; local scenes of Petersham (where he had lived most of his adult life), the river, but also portraits of Joan, and himself and others. He produced around 350 paintings, and after his death an exhibition was held at the Orleans Gallery, in 1997. That it was opened by his friend Lord Young of Dartington, the founder of the Open University, says something of the measure of the man, Tony Rampton, and his reputation.

And finally, what of his own children, denied the benefit of all the money given away by their late parents  to charity? Well, they have all done very well themselves, thank you, and at least two of them joined in our Zoom discussion after Judy’s excellent talk. No, they weren’t bitter in the slightest and had at least shared around themselves those richly rewarding paintings we would love to see reassembled.

On his death bed in Brompton Hospital in 1993, Tony was heard to exclaim ”Golly, that’s a swiz, I can only see one angel!”  What a man!

Tony Rampton OBE (1915–1993), who was born in Kingston and lived for most of his adult life at Gort Lodge in Petersham, was chairman of Freemans, the mail order catalogue clothing company founded by his grandfather in 1906. In 1965 Freemans became a public company and Rampton received an unexpectedly large sum of money, much of which he and his wife gave to found the Hilden Trust, which aims “to address disadvantages, notably by supporting causes which are less likely to raise funds from public subscriptions” both in the UK and elsewhere. He also worked in the areas of race relations and the adoption of children. Tony and his wife Joan set up the Standing Conference for Societies Registered for Adoption, which eventually became the British Association for Adoption and Fostering  (BAAF).

In 1979 Tony Rampton was appointed to chair the government’s Committee of Inquiry into the Education of Children from Ethnic Minority Groups, but the 1981 interim report “blamed, among other things, low teacher expectations and the racial prejudices of both white teachers and society at large” This was a politically unpopular finding, and Rampton was dismissed as chair to be replaced by Lord Swann. The committee’s 1984 report “Education for All” came to the same conclusion as the earlier report had done.

Tony was also a very accomplished and largely self-taught amateur artist. Over the course of 30 years he produced 350 paintings, including portraits, landscapes inspired by views of the Thames and of the Isle of Arran where he and his family spent the summer months, and many pictures of buildings. He never exhibited during his lifetime but a retrospective exhibition of his work, opened by Lord Young of Dartington, was held at Orleans House Gallery in 1997.

Tony Rampton and his wife Joan (who died in 2008) are buried in the churchyard at St Peter’s Church, Petersham.