Professor Robert Shoemaker is involved in a new digitisation project – http://www.digitalpanopticon.org. Building on Old Bailey Online, the Proceedings of the Old Bailey 1674-1913, it provides access, through sophisticated record linkage, to detailed evidence about Old Bailey convicts, some of them from

west London,  who were either transported to Australia or imprisoned in Britain between 1780 and 1865. 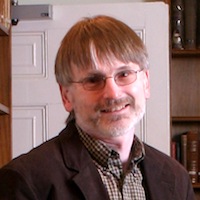 Bob Shoemaker, who is Professor of Eighteenth-Century British History at the University of Sheffield, will present the key findings of the project, particularly concerning the different impact of the two punishments on convict lives, including their reoffending, health, longevity, and family formation. These findings will be illustrated with the life stories of convicts from the Richmond area.

John Foley reports on the talk

Rising crime figures are in the news again, and the debate about how to deal with criminal
offenders never ends. On 16 April 2018 Bob Shoemaker drew attention to the ‘Digital
Panopticon’, a major research project into the effects of imprisonment and transportation
upon those convicted of crimes during the period 1780 to 1925.

The original ‘panopticon’ was a prison designed by the late 18th-century philosopher and
social theorist Jeremy Bentham, a circular building with cells surrounding a central office,
a single observation point from which one watchman could oversee all inmates’ cells.
Bentham’s wider aim was to make prisons places of reform rather than mere punishment.
The research project of which Bob is a member aims to link together and make publicly
available (at www.digitalpanopticon.org) the vast heritage of records concerning Old
Bailey convicts. With digital resources it is now possible to trace the lives of many who in
that period were convicted of crimes and to follow individual stories of conviction,
sentencing, imprisonment, transportation, and, in some cases, parole and freedom.

Criminal offenders could expect little leniency in the 18th and 19th centuries. Many were
sentenced to death on conviction for what we might think today comparatively trivial
offences. But in very many cases the death sentence was not carried out, rather the convict
was sent to prison or sentenced to transportation to the colonies. In the first half of the
19th century Australia (mainly New South Wales and Tasmania) was the colony most
favoured for those sentenced to hard labour and transportation, being a large empty
country in need of working men. But by the 1850s Australia had enough convicts and
refused to accept more, and transportation of convicts there ceased.

Bob and his research team have a mindboggling list of 90,000 cases to review. How many
from Richmond? Actually, not many! Richmond people seem to have kept out of trouble.
But three cases were cited: Charles Douglas, in 1854 aged 20 convicted of stealing from his
mistress and sentenced to transportation to Tasmania; George Gridley, aged 27 in 1868, a
bricklayer in Mortlake Road, knifed and wounded his girlfriend and was committed to
Brookwood Asylum; and most tragically of all Amy Gregory, a young penniless laundry
worker, sentenced to death for murdering her infant baby (commuted to penal servitude
in Aylesbury Prison).

Tracing the records shows that Charles Douglas seems to have fallen on his feet in Australia, being granted parole, then freed, marrying a local girl and working as a sawyer, before dying relatively young. George Gridley, after a spell in Portland Prison, found help at the hands of the Church Army Society which worked for the reform of criminals. Perhaps George was reformed, as he disappears from the court records. And finally Amy Gregory was released from prison on parole, returned to work in the laundry and ended up going back to her husband (whether happily we know not).

Bob explained that the research work continues, and in the welter of data on so many cases it is possible so far to draw only the vaguest of conclusions as to what treatment was most effective in dealing with the convicts: the evidence is both conflicting and complicated. But this Digital Pantopticon casts fascinating light on the social problems of the period and is of enormous interest to the local historian, though for the researches of the Richmond local historian it is just a pity that our forebears were not a little less lawabiding!