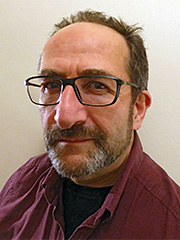 Simon Inglis is an author and architectural historian specialising in sport. Based in north west London since 1984, he has written a number of books on stadiums, sporting architecture and football history and gives regular lectures to a wide variety of organisations, clubs and educational institutions.

He is a passionate and entertaining speaker on Britain’s sporting heritage, especially its historic sports architecture and landscapes. In his illustrated talk, “Played in Richmond” – sport and recreation since 1666, he will be looking in particular at our local area.

Born and brought up in Birmingham, Simon Inglis wrote his first words on football and football grounds at the age of six, following a visit to Villa Park. He went on to study History and the History of Architecture at University College London, trained as a teacher in Leeds, taught history at a comprehensive school in Walthamstow and travelled in Central and South America  before becoming a freelance journalist in Manchester.

Played in London is his latest book for the Played in Britain series, following on from Played in Manchester, Engineering Archie and A Load of Old Balls. He also co-wrote Played in Birmingham and Great Lengths. Simon has curated exhibitions on football and stadium architecture for the Building Centre (London) and the British Council (touring to China, Thailand, Egypt, South Africa and Qatar), and acted as a consultant to Sport England on the National Stadium project during the late 1990s.

Simon says: “In the days when ‘sport’ signified hunting rather than ‘games’, the Old Deer Park was a favourite of Henry VI, before James I (a keen sportsman himself) expanded it to over 360 acres. In 1666, Sir Robert Paston mentioned in a letter to his wife that he had just met one of the king’s attendants, ‘who says he saw your son very well engaged  in a game of cricquett on Richmond Green.’ Since then, between them, the Green and Old Deer Park have formed one of the most important sporting clusters in the London area for cricket, and also for rugby, archery, tennis and golf.

“Sport has long been treated as a marginal 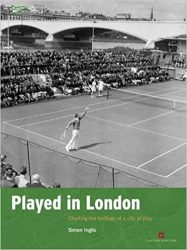 area of study by historians. ‘A bit of fun’. But you do not have to be in the slightest bit ‘sporty’ to appreciate how much its history and heritage have helped to shape our modern environment and identity. Or that sport’s development tells us a great deal about how society has evolved.

“We may no longer hunt deer, but Richmond remains very much a  playground for the great metropolis beyond.”