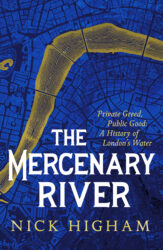 No city can survive without water, and lots of it. Today we take the stuff for granted: turn a tap and it gushes out. But it wasn’t always so. For centuries London, one of the largest and richest cities in the world, struggled to supply its citizens with reliable, clean water.

Nick Higham’s talk is based on new research which has resulted in a new book, to be published in April 2022, on a history of London’s water. It opens with the story of Richmond’s water supply in the 1870s, when the entire town was deliberately cut off by one of London’s eight private water companies, and many residents had to wait up to a year to be reconnected to a piped water supply. The affair was a scandal, though one of those principally responsible for the mess was later knighted and is revered as a Richmond benefactor. 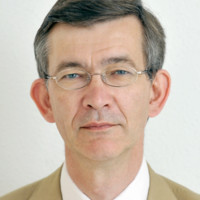 Nick Higham will tell a tale of remarkable technological, scientific and organisational breakthroughs; but also a story of greed and complacency, high finance and low politics. Among the breakthroughs was the picturesque New River, neither new nor a river but a state of the art aqueduct completed in 1613 and still part of London’s water supply: the company that built it was one of the very first modern business corporations, and also one of the most profitable. London water companies were early adopters of steam power for their pumps. And Chelsea Waterworks was the first in the world to filter the water it supplied its customers: the same technique is still used to purify two-thirds of London’s drinking water. But for much of London’s history water had to be rationed. Nick’s talk will chronicle our changing relationship with water and the way we use it.

Nick Higham’s book The Mercenary River: Private Greed, Public Good, A History of London’s Water is to be published in April 2022 by Headline.